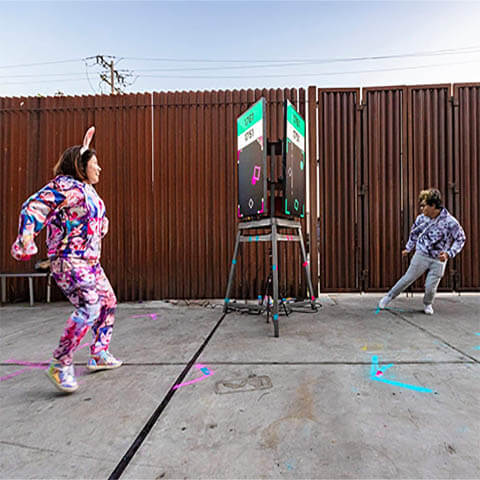 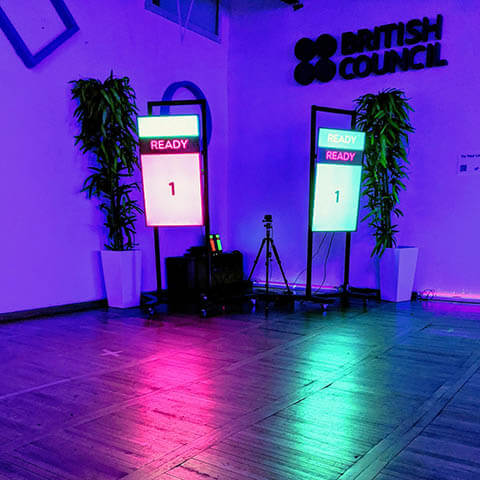 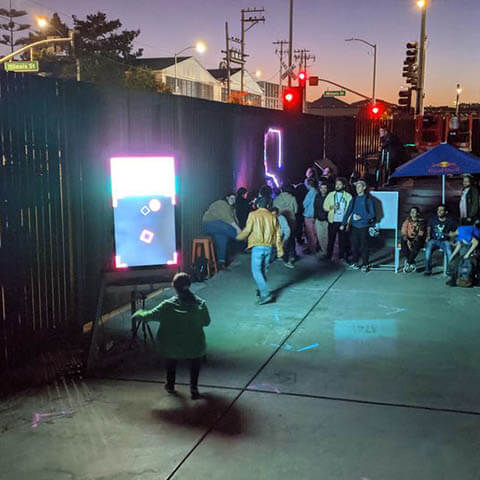 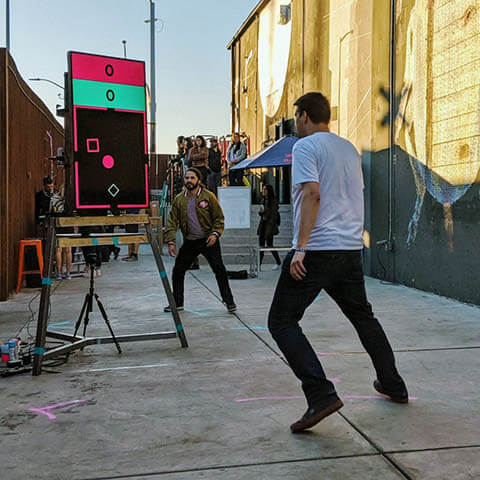 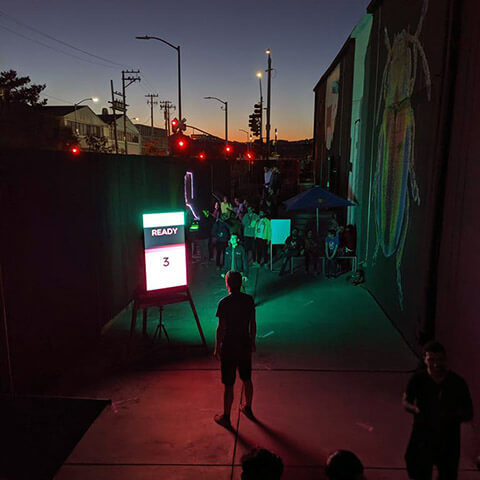 An original WE THROW SWITCHES creation.

Motion tracking game where players compete by moving in a marked area to hit targets on screen.

An original WE THROW SWITCHES creation.

Reaction game where players race head to head to illuminate their half of the table first.

Debuted at NOW PLAY THIS festival in 2019. 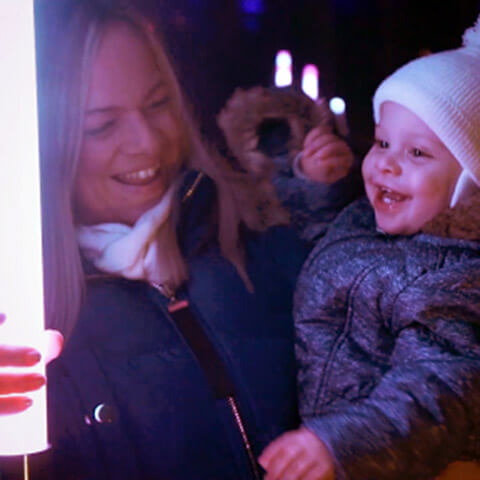 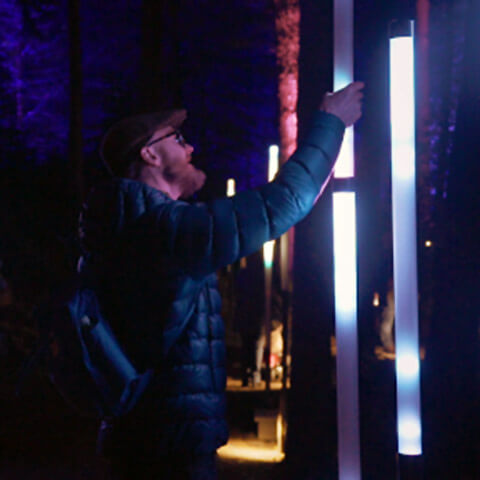 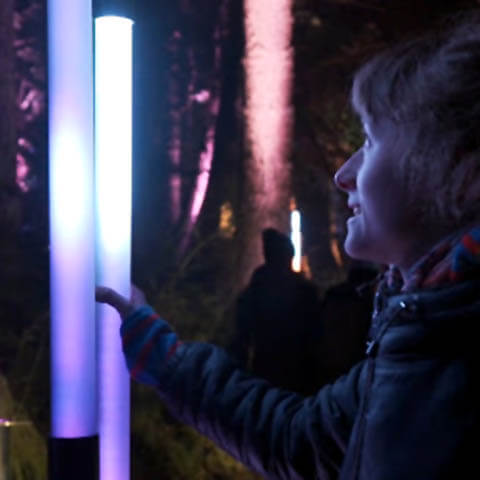 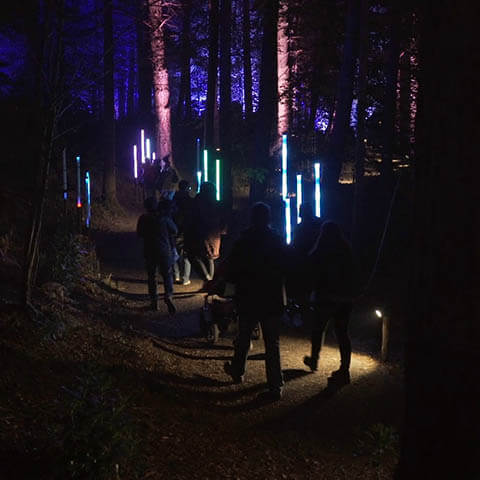 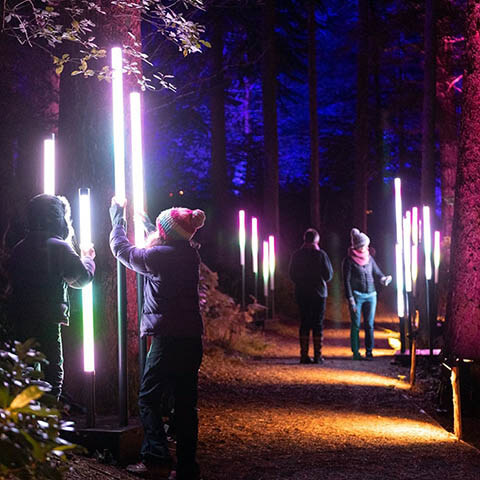 A RAY INTERACTIVE, BESPOKE LIGHTING AND VIDEO and WE THROW SWITCHES collaboration.

COSMIC CONNECTION is a series of capacitive touch points which are programmed to generate and modulate sound and light.

Featured at THE ENCHANTED FOREST and CASTLE OF LIGHT in 2019.

HERMES is a deceptively simple puzzle where the player cannot stop until they reach an obstacle. It utilises straightforward mechanics introduced through increasingly complex puzzles.

An alan.li and UNCARING COSMOS collaboration.

ONE OF US is a multiplayer local network game where players assume the roles of hidden cultists trying to convert the townsfolk, or as inquistors trying root them out and kill them. 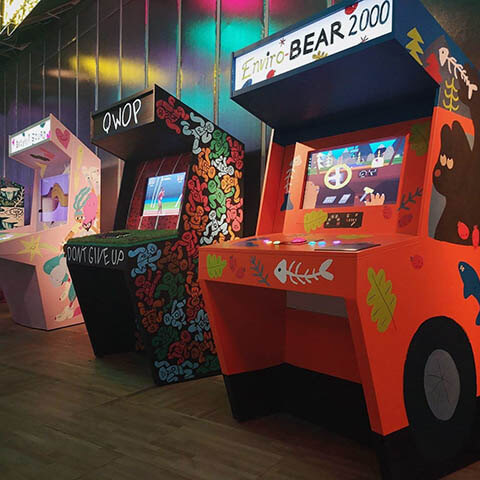 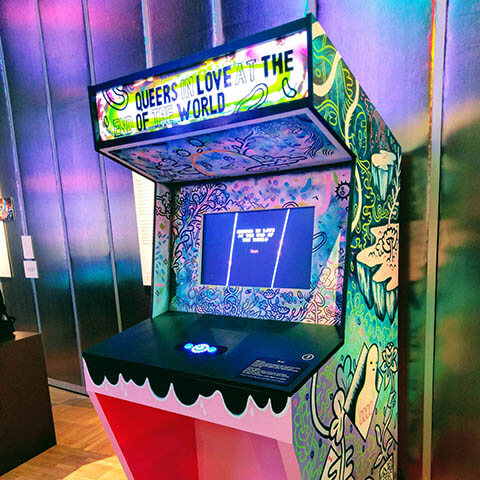 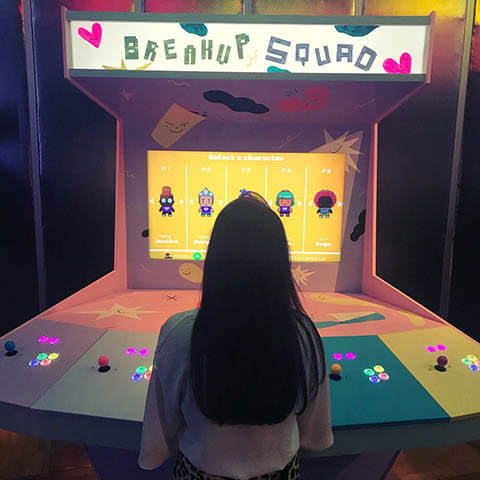 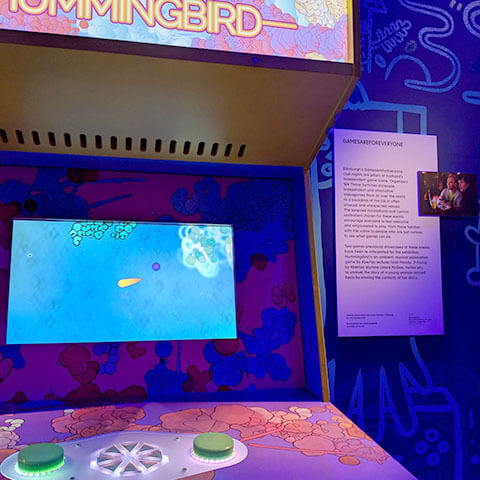 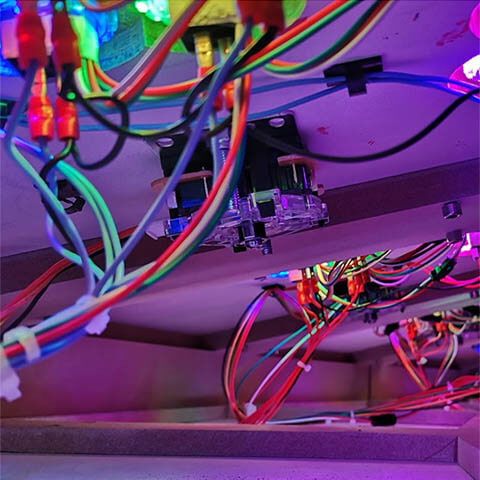 This exhibition provided a unique insight into the design process behind a selection of groundbreaking contemporary videogames. Design work including concept art and prototypes featured alongside large-scale immersive installations and interactives.

KURU is a demake of the Game Boy Advance game KURU KURU KURURIN, attempting to recreate the game with a limited 16 colour palette and 128x128 resolution display.

NOMAD is a procedurally generated dungeon crawler, where a single random number seed can reproduce random mazes of which there are an infinite number of floors.